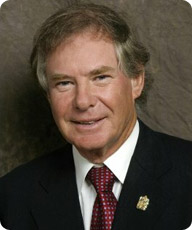 Ron was born and educated in Israel and served in the Israel Defense Force during the Six-Day War of 1967 and the Yom Kippur War of 1973. His Yeshiva studies (Rabbinical School) and later on his research work on early Christianity provided him with a unique perspective on Jewish and Christian issues. He is internationally known for his extensive projects that promote unity and reconciliation among Jews and Gentiles alike.

Ron produces special thematic events and productions associated with the Judeo-Christian calendar. These events include biblical reenactments that are based on biblical stories and accords performed on location in Israel. In 1994, Ron produced and reinstated the Feast of Pentecost celebration which is now an official annual event supported by the Municipality of Jerusalem and the Government of Israel Tourist Office.

His vision of unity, harmony, and reconciliation among all races and genders has received the blessings of the international religious community. Through Ron's efforts, thousands have been touched with a new appreciation, respect, and tolerance for the differences in the way people observe their faiths.

Ron has utilized his extensive contacts within the religious community to assemble together a cross-cultural, interdenominational strategic coalition of influential Christian leaders known as the Millennium Council. He is also heavily involved with the political situation in the Middle East. In his capacity as the President of the Millennium Council, Ron is working with leaders and politicians in Israel and the U.S. on finding practical solutions to the current and ongoing problems of the region. His work in the Middle East deals with the region's economy, natural resources, and the Israeli-Palestinian conflict.

Ron is also the Founder and President of the future Garden of Beatitudes on the shores of the Sea of Galilee. The Garden will be a cross-cultural, spiritual center and a learning facility. The center will include a devotional garden, a theater, classrooms and dormitories, a state of the art conference center, and a hotel.